Menu
Back to Tips

English professional boxer Tyson Fury faces American counterpart Deontay Wilder in an extremely delayed yet eagerly anticipated rematch. Billed the ‘Once and For All’ fight, the World Boxing Council (WBC) and the Ring’s heavyweight belts are on the line as Tyson Fury, and Deontay Wilder go up against each other.

English professional boxer Tyson Fury faces American counterpart Deontay Wilder in an extremely delayed yet eagerly anticipated rematch. Billed the ‘Once and For All’ fight, the World Boxing Council (WBC) and the Ring’s heavyweight belts are on the line as Tyson Fury and Deontay Wilder go up against each other.

The fight will be held on the 9th of October, 2021, at the T-Mobile Arena in Paradise, Nevada, USA. The contest will be available for live streaming on BT Sport Box Office in the United Kingdom and ESPN+ and Fox Sports in the United States of America.

There is plenty of backstory to this fight, and the accumulation of incidents leading up to the battle increases its importance in manifolds. Tyson Fury and Deontay Wilder first fought nearly 3 years ago, in December 2018. Amidst significant controversy, no winner was picked at the end of the fight, and a draw was adjudged. Although most people believed Fury had done enough to be crowned the winner, a rematch was eventually agreed upon. According to the Las Vegas bookmakers, while Deontay Wilder headed into the rematch as the favourite, Fury dominated, winning via a 7th-round technical knockout as Wilder’s team threw in the towel.

After facing defeat, Wilder and his team initiated a contractual rematch clause the next month, but the fight never occurred for one reason or another. The COVID-19 pandemic was central to it, with Tyson Fury testing positive at a time. However, after a never-ending wait, the pair will finally meet at the specified date and location to settle it once and for all.

Top bookmakers like Bovada and Betfair have updated their Tyson Fury betting odds and revealed the Fury Wilder odds. It could be the ideal fight to start to bet on boxing. Let’s check out everything to know about the battle, the stats that matter, what wager to place, and bet on Wilder vs Fury 3 now.

Tyson Fury’s healthy record against Deontay Wilder has the bookmakers favouring the Englishman to win again. He is the odds-on favourite to beat Wilder for a second consecutive time. Here are what the bookmakers’ numbers say:

Tyson Fury and Deontay Wilder have fought twice before, as previously mentioned. Tyson Fury dominated both fights and should ideally have been adjudged the winner. However, the American got away with a draw in the first match in December 2018, while Tyson Fury won the Fury vs Wilder II rematch via a technical knockout in round 7.

33-year-old British boxer Tyson Fury, known as ‘The Gypsy King’, is one of the taller members of the boxing world at this moment. Standing at a towering 6’9”. Fury has a standing reach of 85 inches. The Manchester-born boxer is known for his grit and grinds mentality and his never-say-die attitude. That being said, Tyson Fury is also an extremely skilled boxer and a shrewd tactician in his weight class. Fury is only the third heavyweight boxer to claim the Ring magazine title twice after Floyd Patterson and Muhammad Ali.

Fury has boxed professionally in 31 fights before his third bout against Deontay Wilder. He has been nearly unbeatable throughout his career, winning 30 fights. 21 of those wins have come via knockout. The only battle he failed to win thus far was his first against Wilder, which ended in a draw, although many believe the judges should have ruled in Fury’s favour.

Fury will be visiting the T-Mobile Arena in Las Vegas this time, having fought against and beaten Swedish boxer Einar Otto Wallin in September 2019. An intense battle that lasted all 12 rounds ultimately resulted in a victory for Fury via unanimous decision.

Here are the results of Fury’s last 5 fights: 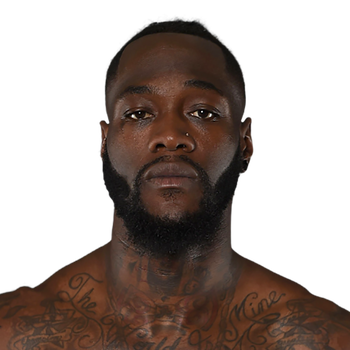 35-year-old American former WBC heavyweight champion Deontay Wilder also possesses an intimidating stature, standing about 6’7” tall. Wilder is nicknamed ‘The Bronze Bomber’ because of his exploits at the 2008 Beijing Olympics, where he won the bronze medal in the heavyweight division. Wilder is known for landing mean blow on his opponents, and the power in his punches is simply extraordinary.

Wilder had held the WBC heavyweight title from 2015 to 2020 before conceding it to Tyson Fury. Wilder had proved too strong a competitor for just about everyone in his weight class until recently. Before facing Tyson Fury, Deontay Wilder had fought 42 times, winning all of them. He had knocked out his opponent a staggering 41 times.

Here are the results of Wilder’s last 5 fights:

A lot is at stake as Tyson Fury and Deontay Wilder face off in Las Vegas this October. Fights of this stature often tend to go either way, but here are our top 3 picks to help you make the ideal wager:

Tyson Fury is undoubtedly the favourite to win the fight. He has shown plenty of understanding of Wilder’s fighting style in their 2 previous meetings and has dominated proceedings. However, Deontay Wilder showed in the pair’s first fight that he has what it takes to land a blow or 2 on his opponent. Wilder knows he has to be at his best to stand a chance against Fury with the battle of words that preceded the fight. Under the circumstances, it is expected that Wilder will be able to knock Fury down at least once in the contest since that is the American’s trademark method of asserting his authority over his rival. That said, Fury should come out on top as far as the result of the whole fight is concerned.

Neither of these 2 boxers is known for their endurance inside the Ring, but there is reason to believe that caution might be displayed by both Tyson Fury and Deontay Wilder, given what’s at stake. These boxers haven’t fought professionally for over a year, so it would be understandable if they spent the first couple of rounds getting familiar with each other’s style. In such an event, the fight going to 12 rounds shouldn’t be a major surprise. Live bets can also be considered for this tip.

With Deontay Wilder not spending much time training with new coach Malik Scott, his fight against Tyson Fury may not be the ideal event to test this new partnership out for the first time. Wilder has enough confidence not to let a repeat of their second fight happen this time around, so he should do enough to last the entirety of the match. Wilder isn’t used to seeing his fights go all the way. Although Fury isn’t hugely experienced in that regard either, the stats show that 80% of his fights that went all the way ended in him being declared the winner via a unanimous decision.

Tyson Fury’s excellent record against Deontay Wilder is something to consider seriously when predicting the winner of this fight. Wilder will not be the same boxer he was in their second meeting, but would he improve enough on time with a new coach to get his revenge? Only time will tell. On paper, Tyson Fury being the winner of the fight seems like a safe bet to make.

It’s time to find a winner once and for all! Place your bets now!

Sergio is our CEO and betting expert. He is a big football fan. Sergio is the guy that runs it all and the one who got the BetZillion idea. Sergio’s favourite sports include football, handball, futsal, American football, and boxing.

While the UFC Fight Night and Bellator 287 are both occurring this Saturday night, all eyes in combat sports will firmly be on another event — Jake Paul vs. Anderson Silva bout.
By Bren

This Saturday night, all eyes will be on lightweight boxing down under as Rod Laver Arena in Australia plays host to Kambosos vs. Haney II.
By Bren

Friday night sees super-featherweight boxing return to Newark, New Jersey, where Shakur Stevenson will take on Robson Conceicao at the Prudential Center. The American and Brazilian boxers clash for the WBO/WBC Super-Featherweight Belts, with Stevenson yet again defending his titles.
By Sergio
Want the latest news?
Get exclusive betting news and the latest odds from top-rated sportsbooks, straight to your inbox and social feeds.
Betting Guides