Menu
Back to Blog

Is Esports a Sport?

In the past few years, a new favorite sport emerged – Esports. Except that it’s not a sport recognized by many. There’s been a heated debate between supporters of the theory that Esports is a sport and their opponents. Many experts believe it can never be a sport, but tournaments and prize pools say otherwise.

There’s been plenty of talk about adding it to the Olympics and granting it the license it needs. But the raging debate will continue until we get the official announcement of Esports being a sport.

Before we dive deeply into the controversial questions, let’s talk more about Esports. By definition, Esports is a form of competition that involves video games. Most commonly, it takes the form of organized multiplayer video game competitions, some worth millions of dollars. It is played between professional teams and players individually and in groups.

Pro tournaments are one of the many reasons why Esports is a sport. It’s undoubtedly considered one by many countries and organizations. Experts believe it is a sport, too, with many coming from the highest levels. Some, like the Olympic committee, have considered making Esports an Olympic sport. While that hasn’t happened so far, it has come close several times.

If you ask pro players, it’ll happen before we know it. However, Esports becoming a sport takes a lot of effort and convincing the critical people that it’s truly a sport. Things are going in that direction, but don’t expect a resolution soon.

Should Esports Be Considered a Sport?

The critical question in sports is why Esports is a sport. Formally, it has been recognized as one by countries such as Pakistan. It was the first country to accept Esports as a sport, and others have followed its example. Esports is widely considered a sport by many universities, organizations, and the Asian Games. The latter gives the main idea of the wings it needs to fly.

But is it real if it’s virtual? That’s a pretty big obstacle and the main complicating factor. Many critics say it’s much easier to kick a ball virtually than in the real world. Of course, there’s a decent chance that they’ve never played an Esports game to see if it’s straightforward.

What are the pros and cons of Esports becoming a sport? Let’s find out below.

Why Should Esports Be Considered a Sport?

First things first – it takes a lot of skill and ability to play in an Esports match or tournament. Contrary to popular belief, being a professional gamer requires much effort and training, just like becoming a football player. Concentration, precision, and execution are the 3 main aspects of the movement. No one can be a pro gamer without thousands of hours of training. It is one of the main reasons why Esports is considered a sport among fans.

Surprisingly, Esports players have a peak (or prime) spot in their careers, just like basketball, football, or tennis players. Do you know how footballers tend to peak between 25 and 30? Similar to basketball players? Well, studies have found that Esports players peak at around 25. It has been proven several times before, drawing references to peaks in other sports.

Esports is similar to any other sport in its competitive nature. And it’s not just the training or peaks. If you check how many pro teams are competing and how many significant tournaments are added to the calendar each year, you’ll see why it is Esports legitimate sport. Some of them are worth millions of dollars and grant prestigious trophies that put them as high up as the Champions League or the NBA title in other circles.

Why Should Esports Not Be Considered a Sport?

Many believe in the central narratives of Esports being a sport, but many people think otherwise. The main argument in denying Esports as a sport is that it doesn’t involve any physical exertion. It doesn’t require much in the way of fitness. No running or jumping is involved, and fairness and scoring are challenged. As such, Esports players can’t be called athletes.

Unlike recognized sports, some players have an unfair advantage in Esports due to balance and meta changes. The rules in Esports often change, which goes against the nature of sports, where rules rarely change. It is the viewpoint many sticks to when denying Esports as a sport.

There are two sides to the same coin regarding arguments on Esports being or not being a sport. Recognizing Esports as a sport will require careful consideration, as both should be thoroughly checked. Then there’s the argument many Esports pros believe – that it doesn’t need to be a sport because it transcends traditional sports.

In the end, until we get official confirmation, the verdict’s still out.

Countries That Recognize Esports as a Sport

South Korea is the first country to accept Esports as a sport. It’s also widely popular, with many pros coming from this particular country. Contrary to this, Germany has many vocal experts against it but still accepts it as a sport.

Surprisingly, Esports is a real sport in Pakistan, and other countries in the Middle East and Africa, namely China and South Africa. In 2020, Ukraine officially recognized it as a sport, as did Italy, Denmark, Nepal, and Russia. More recently, Finland and the USA have accepted it, which isn’t surprising as many major teams and players come from these countries.

Many countries are soon expected to jump on the bandwagon. With tournaments getting bigger and Esports gaining vocal support from many experts and athletes, it won’t be long before the world accepts it.

Esports is getting extensive coverage on major media outlets. There’s undoubtedly a TV station or 2 covering significant tournaments and international matches in your country. But it also made the news on the big stage when ESPN embarked on a new and bold journey in 2016. The move came at the right time, just as Esports as a sport was heating up.

Much money was poured into the ESPN Esports channel, with well-known celebrities and sports icons involved. With platforms such as Twitch and Youtube, the channel received much attention.

It continued for years, and no one was sure why such a major media outlet made that decision. In general, the sports channel needed something fresh, and between gambling, daily fantasy sports, and Esports, the latter won the popular vote. It was a highly controversial decision that finds a new fanbase for a channel that needed it.

However, the biggest problem was that ESPN’s boss called Esports not a sport a couple of years before the decision. John Skipper didn’t have time for video games, but he surely got the memo when the Esports ESPN channel started two years later. For about four years, the channel worked hard to get Esports on the sports side, and it managed to sway many of the population. ESPN aired more than 20 events during the first year and had a dedicated Esports day. 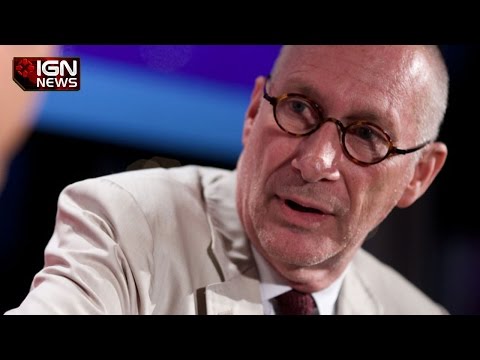 Somewhere along the line, the team changed, and it all fell off the rails. While the Esports section can still be viewed, it didn’t live up to the hype. Some see it as a nail in the Esports coffin, confirming their denials that Esports can never be a sport. It gives fuel to the doubters, but even without ESPN’s coverage, major international tournaments are a go.

The Future of Esports

Esports is not a sport yet, but we live in a time where that could change quickly. The number of countries that update their status has grown, and many others are waiting to jump on the bandwagon. Glancing at the major international tournaments will show you that the reality should be different. Esports betting sites are pretty fond of it, and we all know how tight the link between bookies and sports is.

The future for Esports is exciting as its narrative shifts. Millennials believe Esports is a sport and will treat it that way for good, which is great and goes in its favor. As long as pro tournaments catch the public’s attention with millions in prizes, Esports’ narrative will change positively.

The future for Esports is undoubtedly bright. As mentioned earlier, things are beginning to change, and more and more people realize that not recognizing it as a sport is a mistake. The denial of Esports as a sport is slowly fading, and another narrative is occurring. Esports pros train just as hard as football players, even if they don’t do it physically. It takes a lot of preparation, training, and patience to get to the top, reminiscent of athletes’ effort to win.

Plus, every real sport has a counterpart in Esports. Football has FIFA and PES. Basketball has 2K games. There are NFL games, baseball games, and games based on other sports too. Athletes admit they play Esports with friends or competitively, which speaks a lot about it.

It’s more than just playing with friends. You can head to the top of the mountain if you take the time to train, and climbing that mountain requires the same effort as basketball stars finally winning a title. That’s why Esports should be considered a sport.

Tim is our betting guru. Every gaming site needs one, and Tim’s our guy. He has plenty of experience in betting online and is quite successful at it. Tim’s favorite sports are hockey, baseball, and Esports. Tim believes the latter to be the future of betting.

Want the latest news?
Get exclusive betting news and the latest odds from top-rated sportsbooks, straight to your inbox and social feeds.
Latest Blog Posts

FanDuel vs DraftKings Comparison
By Jimmy